AN ARTICLE, A BRAND, A REFERENCE, AN ACCESSORY ... 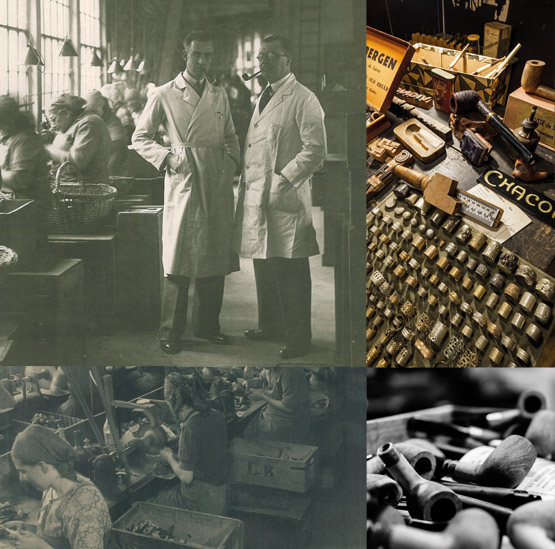 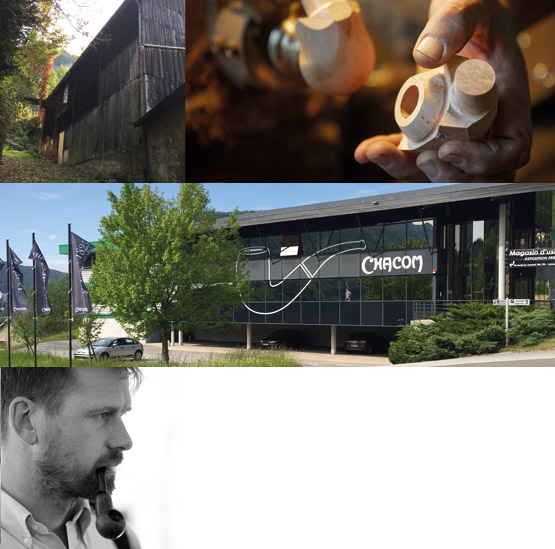 A STORY, A KNOW-HOW

1825: At the beginning – In Avignon, a small village near Saint-Claude (France), the COMOY family manufactures tobacco pipes in boxwood for Napoleon’s soldiers.

1856: The great properties of the Briar – Pipe manufacturers discovered that the briar is a perfect wood for making tobacco pipes. Saint-Claude becomes the birthplace, then the world capital of the briar pipe. The COMOY company becomes the 1st manufacturer of briar pipes.

1879: A first partnership with the Chapuis family – Henry Comoy decides to emigrate to London with several of his Sanclaudian technicians and creates the first English briar pipe factory, H. COMOY & Cie Ltd. The Sanclaudian factory then supplied the briar blocks and pipe bowls.

1924: Henry COMOY’s death. His sons, Paul and Adrien, take over the factories of Saint-Claude and London with their cousins, Émile and Louis CHAPUIS.

1932: To cope with a serious economic crisis, CHAPUIS-COMOY & Cie merges with the company LA BRUYÈRE, whose name it takes. With 450 employees, it becomes the largest pipe manufacturer in the world.

1957: CHACOM brand expands internationally – In face of the commercial preponderance of the CHACOM brand, LA BRUYÈRE takes back its name CHAPUIS-COMOY & Cie.

1971: Yves Grenard, second cousin of Pierre Comoy takes over the reins of the company – He collaborates with several designers and master pipe makers such as Pierre Morel: new collections and original models such as the “Pastel” and the “Volute” are born. The ROPP brand is bought out in 1994.

2007: Antoine Grenard succeeds him – Trained as a designer, Antoine Grenard, son of Yves, takes over CHAPUIS-COMOY & Cie. He launches innovative models such as “Monza”, “Sphere” or “Vulcano”.

2016: New location and premises – After more than a century in the Faubourg Marcel, the pipe maker’s area in Saint-Claude, the company CHAPUIS COMOY & Cie left its old mythical factory and moved a few kilometers away, in the commune of Villard Saint-Sauveur. This new location hosts a museum and a factory store dedicated to briar pipe and the Sanclaudian know-how.

2018: A complete epicurean experience – CHAPUIS-COMOY & Cie launched in September a range of 4 CHACOM pipe tobaccos. This initiative is appreciated and supported by the pipe smoking community in France.

2020: An eventful year! – Chapuis-Comoy & Cie takes over the official distribution of Peterson pipes and accessories in France, launches 2 new CHACOM pipe tobaccos and its e-shop for epicureans worldwide.